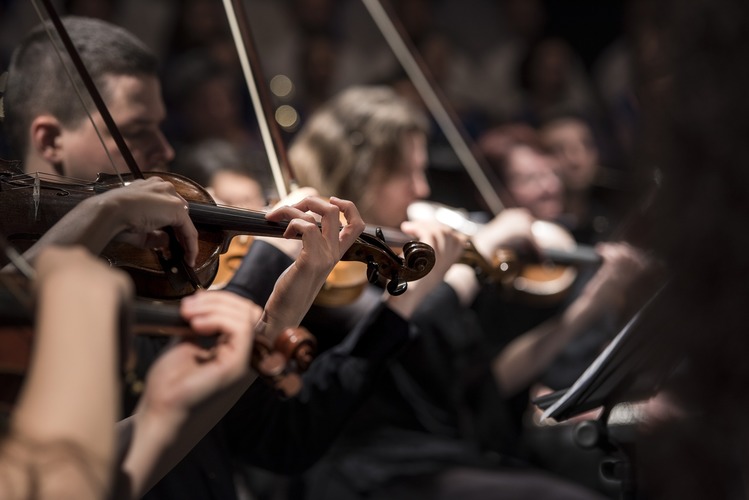 It’s that time again! Oscar weekend is upon us, with this year’s show featuring a typically stellar lineup of nominees. But compared to previous years, music is in a more featured role this time around, primarily due to one film – Damien Chazelle’s colorful La La Land (whose music we’ve covered in more detail here). The last musical nominated for an Oscar was Les Miserables back in 2012 – and it seems that the genre was dearly missed by Oscar voters, given the 14 nominations that went to La La Land.
But as well-deserved as those nominations were, it would be a shame to overlook the other great film music from the past year. Let’s take a quick look at the two major music awards – Best Original Song and Best Original Score – and perhaps make some predictions.
Best Original Song
This year’s Best Original Song category is a truly interesting one, and may in fact be less predictable than it appears. For Oscar fanatics, the two songs from La La Land, “Audition (The Fools Who Dream)” and “City of Stars” seem to jump off the list as obvious front-runners, but the fact that both were submitted for consideration may actually open the door for one of the other nominees. Neither song has a definitive edge over the other, and if the votes are split, a dark horse may emerge to claim the prize.
This set of nominees also highlights the difficulty of comparing wildly different kinds of music and performances. Who is to say that Emma Stone’s deeply emotional “Audition” performance is superior to the bubblegum pop perfection of Justin Timberlake’s “Can’t Stop the Feeling”? The song from Trolls has such a massive appeal that it’s sure to garner a few votes from the ever growing La La Land contrarian crowd.
Another potential spoiler is “How Far I’ll Go” from Moana, written by Lin-Manuel Miranda of Hamilton fame. Hamilton fans in the Oscar voting pool may be looking to make Miranda the youngest EGOT winner of all time. Rounding out the bunch is Sting and J. Ralph’s “The Empty Chair,” from Jim: The James Foley Story. Interestingly, despite being lesser-known J. Ralph seems to be an Oscar machine, having been nominated for his song “Manta Ray” just last year, and “Before My Time” in 2012. Sadly, the chances of this lovely song winning are slim to none.
Despite the potential of a spoiler, we’re predicting a win for La La Land. Which song is anyone’s guess, but if we had to choose, we’ll go with the slightly more memorable melody of “City of Stars.”
Best Original Score
Spoiler alert: there will be no spoiler here. La La Land will win Best Original Score on Sunday.
For a quick recap of the other nominees: Mica Levi emerged as one of the category’s few female nominees in history, for her disorienting, haunting work on Jackie. Dustin O’Halloran and Hauschka produced a straightforward but affecting score for Lion. Nicholas Britell’s soundtrack for Moonlight was a striking juxtaposition, combining images of poverty and destitution with modern classical music. Oddly, the only well-known composer on the list is Thomas Newman, whose score for Passengers is a decent but safe choice (controversially edging out another deserving female composer, Lesley Barber for Manchester by the Sea).
In our opinion, while the Moonlight and Jackie soundtracks are fantastic and worth checking out, you’d be safe betting your life savings on La La Land this time around.
Here’s to a great Oscar night and another great year for music in film!