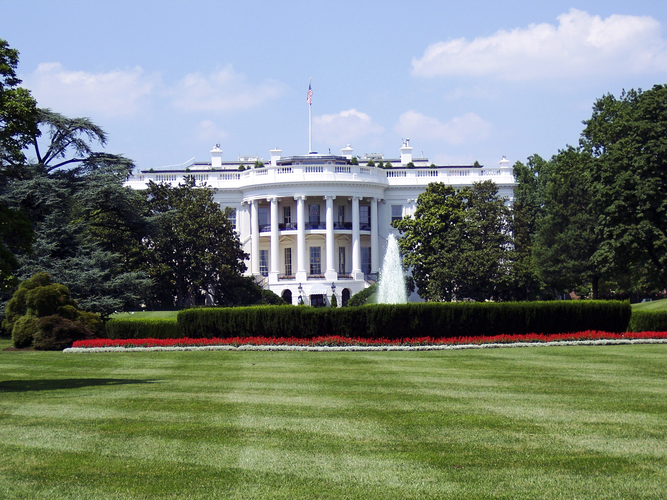 With the election right around the corner, all eyes are on the two major candidates, Hillary Clinton and Donald Trump. Now more than ever, every detail of the nominees’ campaigns is scrutinized to the highest degree, and every little detail matters. In this month’s blog, let’s take a look at oft-discussed but rarely-clear issue affecting both parties – the use of music at political rallies and events.
Music and Politics Go Way Back
When candidates put on campaign events, they use music for a variety of purposes. In the earliest campaigns, starting with George Washington’s second term, original songs were often composed to praise certain candidates and denigrate others. These included tunes like “Tippecanoe and Tyler Too,” from the election of 1840, to “We Like Ike” from 1952, all the way to Donald Trump’s “Freedom Girls” at a rally in Pensacola, Florida.
Trump’s dancers aside, original songs are rarely used in the modern political era. Instead, campaigns prefer to use the built-in power of pop music to reach specific demographics. Trump has tended to use older, classic tunes by the likes of Bruce Springsteen and the Beatles, while Hillary has leaned more on the youth-oriented pop stylings of Katy Perry (who performed at the Democratic National Convention), Pharrell, and Kelly Clarkson. A great overview of the 2016 candidates’ music choices can be found here.
It’s Not So Simple
Candidates’ playlists are piped into venues at nearly every point in a modern rally – from background music while the crowd awaits the various speakers, to loud anthems when their candidate walks out, to a big final number that wraps things up. When all is said and done, campaigns use a LOT of music.
But as any venue owner can tell you, playing music in public isn’t as simple as setting up a few speakers and pressing “play” on your iPhone. There are music licensing laws that dictate what can be played and when. Performing rights organizations like ASCAP and BMI collect fees from venues to ensure that artists are paid for public “performances” of their work (in this case, being played over loudspeakers is considered a performance).
As public awareness of music copyright laws grow (thanks to advent of digital downloads and streaming), campaigns are under increased pressure to work within those laws, or else risk negative publicity or even litigation.
How do they do this? The short answer is by working diligently with PROs such as ASCAP and BMI. According to ASCAP, “while many venues have proper “public performance” licenses, as a general rule the licenses for convention centers, arenas and hotels exclude music use during conventions, expositions, and campaign events. If a campaign is holding many events at dozens of different venues, it may be easier for the campaign itself to obtain a public performance license from ASCAP [or BMI or SESAC]”.
Here’s where it gets a bit more complicated. When a campaign obtains one of these licenses from ASCAP (we’ll use ASCAP as an example for our purposes), they are obtaining the performance rights  to the song, but not the right to the underlying composition, or the recording itself. Rights to the composition and recording must come from the artist’s label and publisher or the artist him/herself. In the past, campaigns have skirted this issue by playing cover versions of songs they wanted – covered by artists who were amenable to the cause.
Artists Speak Out
You have likely heard recent news about artists publicly criticizing campaigns for the unauthorized use of their music – for example Queen’s Brian May lashing out at Trump for his use of the original recording of “We Are the Champions.” In cases like this, the question becomes: did the campaign obtain the rights to use the master recording, and composition? The legality of the use rests primarily on this question. In many cases, and especially with high-profile artists, labels and publishers DO require authorization from the artist and composer – though it is possible some artists/composers give their label/publisher the power to approve those kinds of uses. This is why it’s hard to say for certain whether a specific music use was done through all the proper channels.
Interestingly, even if the master recording license was obtained, experts suggest that artists may still have some legal recourse if their music is used by an undesirable party. According to ASCAP, artists may see it as damaging to their brand in some way, and make use of “name and likeness” or “false endorsement” laws.
In general, however, musicians are reluctant to get tangled up in lawsuits where their case is complex and their opposition is extremely powerful. Instead, many artists choose to use the moment to express their personal political views. In the case of world-renown artists with millions of fans, this can be a huge opportunity for the artists to wield their influence on world politics. How far will that influence go? Perhaps the question is: what song will be stuck in your head on November 8th?